Stagecoach has just made big cuts to bus services, but the GCP is proposing a transformation of the bus network, with more services to more locations, as part of its consultation on a Sustainable Travel Zone (called Making Connections). How will this be possible?

Why are bus services being cut?

The fact that Stagecoach has just decided to stop providing lots of bus services shows exactly the problem with the current system.

There have been cuts because the bus network is currently run for profit. This means that operators can run all the profitable routes that carry lots of people, but can cancel the routes making a loss. The current situation is a legacy of the 1985 Transport Act when buses were privatised. Privatisation is generally thought to have been a disaster for bus services. No longer were councils (except in London) allowed to run or even control the network.

In recent years, however, the government has granted powers to allow councils to ‘take back control’ and create franchises or define the network.

Listen to Rachel Stopard, Chief Executive of the GCP, explain what is being proposed instead as part of the Sustainable Travel Zone consultation:

She explains that, while the Mayor of the Combined Authority has come in to re-tender the bus services that were axed and they are being saved for the coming months, there is currently no long-term solution for how they are funded into the future. Without action, there is a huge risk that more services could be cut in 2023.

It is clear that buses need subsidies to ensure that vital transport links are retained for those who don’t have access to cars. The road charging that is envisaged as part of the GCP’s proposals for a Sustainable Travel Zone would generate a considerable amount of money (an estimated £50 million per year), which would allow the Mayor of the Combined Authority to consider franchising the bus services, something which is within his power to grant. Franchising would effectively take the buses back within the public sector.

Franchising would allow the Combined Authority to set out a proper bus strategy and route map, and commission the buses it needs from contractors, leading to a much more integrated system. London already has such franchising powers, and because of this, has a much better network. Bus use is much higher and buses are used by people across the whole income spectrum. 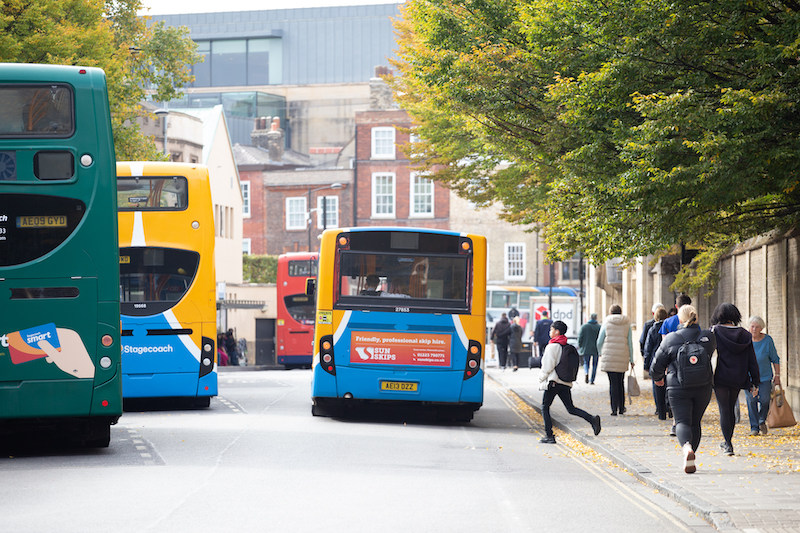